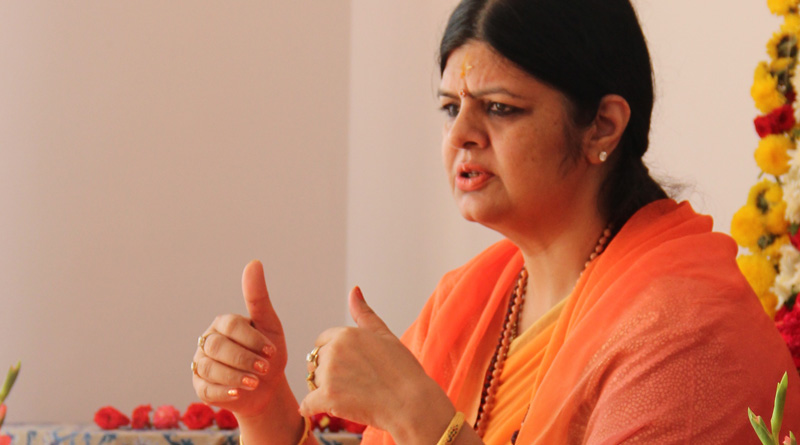 “Nasti Mudrasm Kinchit Siddhidhm Kshitimandale”, meaning, there is no other deed (Karma) other than ‘Mudras’ to give success on earth.  Moreover, these ‘Mudras’ are not only beneficial for curing our diseases but are also beneficial for our internal and external development.  ‘Mudras’ have powers to cure anything ranging from a normal headache to heart diseases. These ‘Mudras’ bring a lot of extraordinary changes in a person’s life. By practicing ‘Mudras’, a person can attain peace and happiness in his life, and can develop one’s own complete personality.  Human body is the nature’s best creation and a hand forms an important part of it, as from hands a particular type of life energy or power or magnetic rays are continuously emitted.  Even touch therapy and acupressure therapy procedures also support this.  The five fingers of a human hand represent five different elements, wherein; each finger is related to one special element.  Today modern science also agrees to the fact that varied kinds of electro magnetic waves are emitted from the tips of fingers. According to our ancient saint’s and scholar’s research of ‘Hand-Mudra’ science, these five fingers representing the five elements, when regularly being united, or touched or made to form special shapes, start changing and balancing the varied elements. All these elements can be increased or decreased by merely touching other fingers, or by putting light pressure or even by forming special postures.  Moreover, one can remain healthy by simply practicing it and by balancing these elements.  ‘Mudras’ are countless. For example, while dancing, worshiping, or even in puja it is a ritual to form different types of ‘Mudras’.  These are also practiced in Kundalini Jagaran.  There’s a lot of importance of these ‘Mudras’ form the viewpoint of our physical, mental and spiritual development also.

There are certain simple rules to be followed for doing ‘Mudras’ which are as under: