One person was experiencing a lot of pain in the throat. In some time, his pain was also relieved.

Another person was experiencing pain in his left hand. He stood straight with his eyes closed. When the ‘Jadu ki Chadi’ was used, his hand also kept moving in the same direction as the ‘Jadu ki Chadi’. Around 100 people were standing there and watching him. Everyone had a surprised look on their faces. They were not able to believe how was the person’s hand was moving automatically. In this way everyone got benefitted from the articles made ‘Sidh’ by Sri Maa.

Gained knowledge about Kundlini with the help of Aura Stick 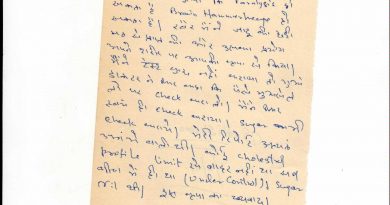